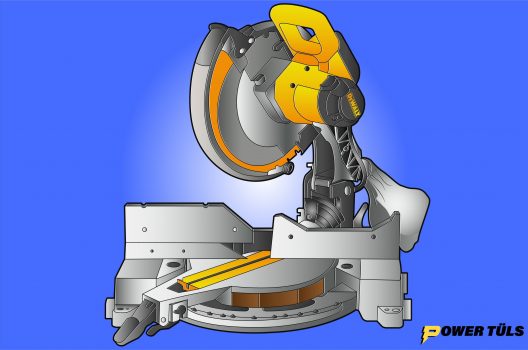 Dewalt DW715 Compound Miter Saw Review – Is it Worth Buying?

Dewalt knows a thing or two about making accurate cutting tools. In fact, Dewalt invented and marketed the first radial arm saws and continues the legacy with their line up of accurate, hard-working miter saws today.

If you’re considering stepping up your miter saw game with a Dewalt DW715, which made our list of best miter saws in 2020, we’re here to help make that decision a little easier.

We’ll go over all the features, explain what’s included and what’s not, and break down the pros and cons so you’ll know what it’s like to own a DW715 before you pick one up at your local Dewalt dealer.

General Overview of the Dewalt DW715

The Dewalt DW715 is a single-bevel compound miter saw. It does not slide, but it has a 12” blade that gives it a fairly large cut capacity. The DW715 has a reliable 15 amp motor that spins at 4,000 RPMs. It comes with a dust bag, a 32-tooth blade, one removable support arm that can be installed on either side of the saw, and a hold-down clamp.

The Dewalt is built to be a streamlined and reliable entry-level machine. It comes with everything you need to complete most jobs. Since it lacks a lot of complicated add-ons and gadgets, this saw is easy to set up. You can go directly from the tool dealer to your job site and plug in to start cutting.

Although you should read your user manual to familiarize yourself with the saw, there aren’t any over-complicated instructions or hidden features to slow you down.

If you’re looking for the latest features and technology, the DW715 will certainly disappoint you. That being said, it’s lack of innovation or tech does not take away from what this saw is capable of. It does exactly what it was designed and intended to do.

We’ll go over the features that it does have and touch on a few that it doesn’t. As a caveat, you need to keep in mind that this saw was never designed to blow the competition out of the water with extras and gadgets. It’s a workhorse, pure and simple.

The DW715 is capable of making reasonably large cuts for a fixed miter saw. It can crosscut a 2×8 and cut a 45-degree miter on a 2×6, both without lifting or flipping the board. Once you slide the left fence out of the way, the DW715 will cut bevels as well, but only to the left.

Due to its lack of slides, you won’t be able to make any grooves or dados with this saw but it’s still a good choice for cutting framing lumber, hardwood boards, and crown moldings.

The DW715 can handle miters to the right and left up to 50 degrees, leaving you a little extra play for difficult, imperfect angles. While this saw is only a single-bevel model, you can tilt to the right up to 3 degrees for back-cuts on moldings and trim work. When you tilt to the left, this saw will go up to 48 degrees.

The Dewalt DW715 falls right in the middle of the single-bevel compound miter weight class at 47 pounds. While it’s no featherweight, its average weight won’t break your back either. It can be moved about the job site pretty easily, making it a great choice for an extra saw on an upper floor or deck.

While miter saws can be dialed-in for amazing accuracy, they are notoriously sloppy when it comes to dust collection. The DW715 suffers from the same affliction and it’s mostly due to its undersized collection chute.

It will fill your dustbag but it will cover the floor first. It can be connected to a vacuum or central system but it won’t help all that much. A larger, lower chute would better suit this saw, but that can be said of nearly all miter saws at all price points.

One of the major benefits of a miter saw that doesn’t slide is its small footprint. This Dewalt has a width of 26¼ inches and a depth of 19¾ inches, meaning it’ll be right at home on a workbench or custom-built miter saw station. The overall height is just over 17¼ inches, so you could even mount a shelf at a comfortable height over top of it for storing blades and marking tools.

The Dewalt DW715 does not come with a depth-stop, and that’s for good reason. Without the ability to slide, a depth-stop becomes nothing more than a safety hazard. Users would be tempted to manually move the workpiece to cut grooves and dados, which will end in a damaged workpiece or serious injury.

No non-sliding compound miter saw has a depth-stop, so the Dewalt falls right in line with the rest of the field here.

The DW715 is an old-school workhorse, and as such, it doesn’t come with any system for lining up an accurate cut. You’ll have to go back to the basics here.

While we don’t necessarily mind the lack of a laser, we really like Dewalt’s use of LED-cast shadows on other saws and we wish the 715 featured it. They’re very accurate and require no adjusting ever.

The biggest loss that you’ll experience without a cut indicator is the ability to line the saw up on an unknown, scribed angle like you can with a laser or shadow.

While this saw doesn’t have much in the way of features and functions, it does excel when it comes to accuracy. Dewalt already builds their tools to tight tolerances, but this tool’s simple design makes it even easier to dial-in.

The saw fence is a one-piece design that is easily adjusted for pin-point accuracy. While a little deflection is expected from a 12-inch blade, the DW715 minimizes its effect and makes clean, accurate, and consistent cuts.

There’s only one safety feature to mention with the Dewalt DW715, but regardless you should have a good understanding of general miter saw safety procedures.

The DW715 has a blade guard that covers the entire blade, and it does a pretty good job of getting out of the way of the cut while still protecting the user.

Our complaint is that the guard isn’t easy to see through so tracking the blade’s progress will be a challenge.

Other manufacturers have adopted clear plastic that is very easy to see through, while Dewalt continues to be committed to darkly-tinted plastic guards.

The DW715 is a quality piece of equipment but it has an entry-level price tag. You can pick this saw up for around $220 at nearly any local store.

During certain times of the year, these saws can be purchased as sale packages with a miter saw stand as well, which retails on its own for around $200. There are other saws available at a similar price point, but none with this type of pedigree.

The Dewalt DW715 is a capable saw and will reliably perform its intended duties. The motor is powerful, the positive stops are accurate, and it will cut large boards in one drop of the blade. It’s certainly the king of single-bevel miter saws, so if you’re shopping for a basic saw with few frills, we would certainly recommend it.

It will run forever and there’s virtually nothing on it to break.

That being said, this isn’t the only saw in the entry-level price range, and some of the others are more capable. If you have the room for a sliding dual-bevel compound miter, there are 10-inch options with more features and much larger cut capacities for the same price.

However, if long-term reliability is your main concern, the Dewalt DW715 won’t let you down. 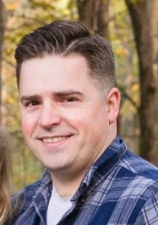